What started as a seemingly crazy experiment to raise young salmon in flooded rice fields turned into a wildly successful project.

Here’s the story about the idea and people behind the Nigiri Project. Jacob Katz, CalTrout Senior Scientist, shares his experience working with farms and fish.

From the time he was old enough to slip into a pair of waders, Jacob could be found down at the creek perfecting his fly-fishing technique. In those early days you would find the father and son fishing northern California together everywhere from Putah Creek, little Sierra lakes and the Truckee River. Many times, the fishing trip was based on a random blue dot they found on a map the night before.

“If there was a puddle, we were fishing it,” said Jacob Katz.

When he wasn’t on the water, Jacob was on the baseball diamond. He loved the game but as the years passed, Jacob found that the crack of the bat just couldn’t compete with the draw of the river and the cast of a fly.

“Choosing between standing on a hot dusty infield in the middle of a Valley summer or getting in the water was an easy choice for me,” said Jacob.

Jacob and his father, David Katz, didn’t know it at the time but that decision would one day play itself out to be a home run for fish in California.

David Katz—known for his efforts in founding the organic farming movement in California and for his role as the President of the California Reclamation Board under Governor Jerry Brown (1976-1981)—was busy working on new ways to help protect wildlife and vital habitats. 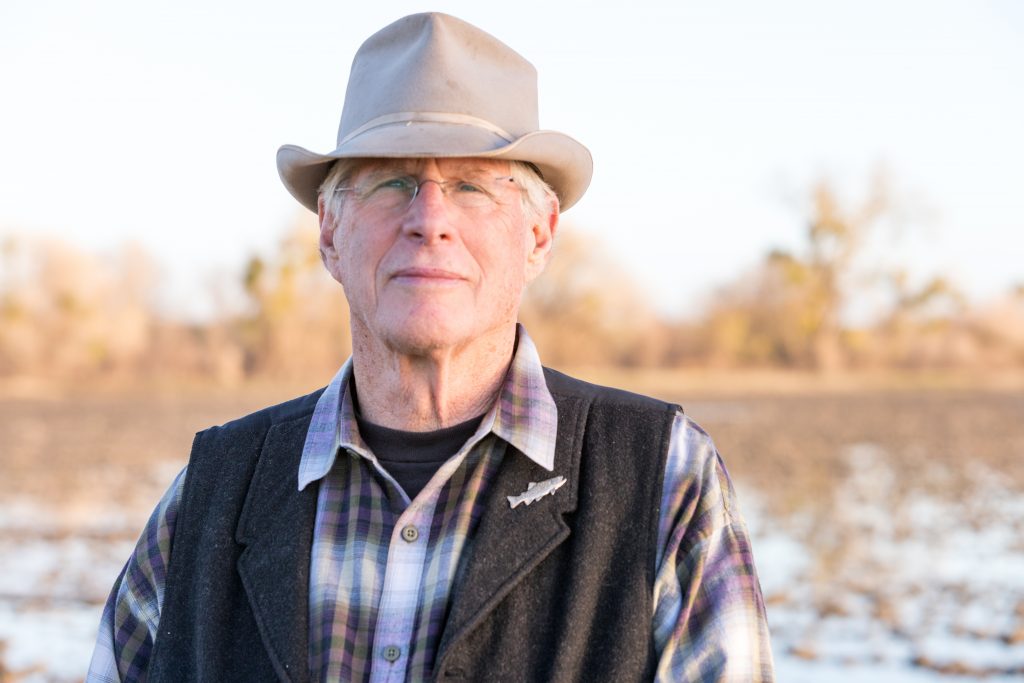 While serving on the Reclamation Board, David had become good friends with Huey Johnson, Governor Brown’s Secretary of Resources and the founder of the Trust for Public Land. Throughout the years, the two friends found innovative ways to conserve open lands and help wildlife. Then in the early 2000s they became convinced there were important water and conservation opportunities on California’s rice fields.

“The battle between fish and farms was really heating up but we thought that rice fields might actually be able to play a role to help salmon,” said David.  Huey felt that private ventures, with their flexibility and ability to move quickly, offered an ideal approach to take on this issue of providing greater wildlife benefit on working farms. which led them to set up Cal Marsh and Farm Ventures, LLC., and to invite land manager and rice farmer John Brennan, who Huey met in a duck blind that winter, to come on board.

Soon thereafter, Huey and David met with Peter Moyle, renowned fisheries scientist and professor at the University of California Davis. Peter explained that recent research showed that salmon that got access onto floodplain wetlands grew much faster than their brethren that remained stuck in the river channel.  But he said, more than 95% of the Central Valley’s floodplains were now cut off by levees built to protect cities and farms from flooding.  The food was on the floodplain but the fish were stuck and starving in the leveed river channel.

“But the floodplains didn’t disappear” said David. “The land-use just changed.  What used to be marsh is now rice field. If we owned some rice fields we may be able to find a way to farm in summer and provide flooded fish habitat in winter.”

John Brennan knew about the Knaggs Ranch, a 1,600-acre rice farm in the Yolo Bypass along the Sacramento River. The property was perfectly located and ripe for experimentation. The partners put together a group of investors to acquire Knaggs Ranch with the idea that they could manage Knaggs as a rice farm during summer while also building winter salmon habitat.

“But how do we prove that it works and how do we convince everyone of that?” David wondered. 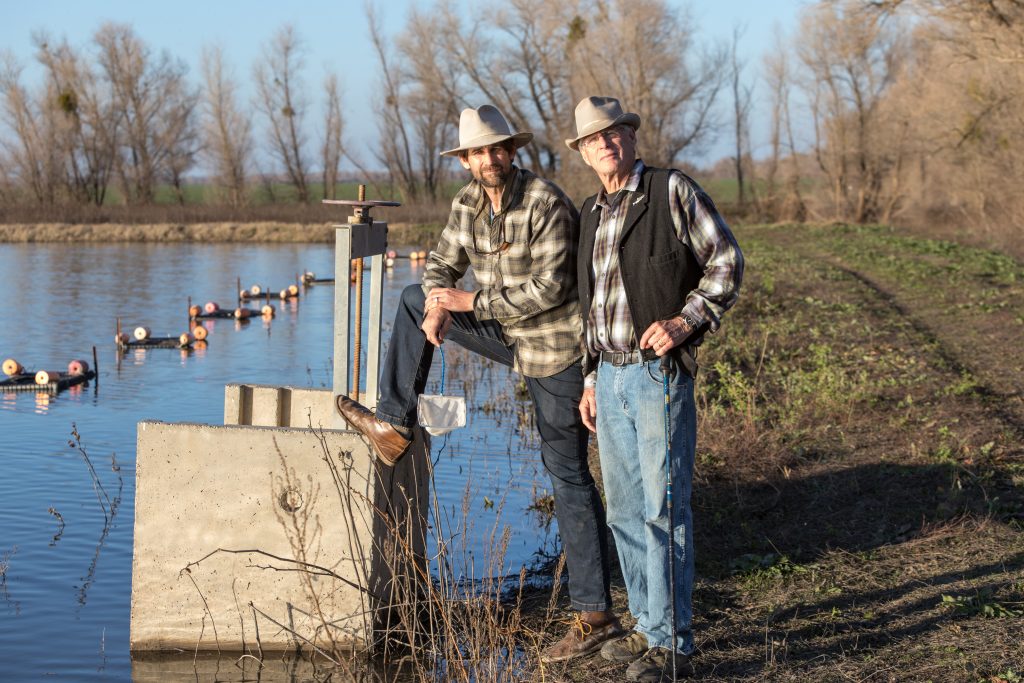 By this time Jacob was a fisheries graduate student at UC Davis Center for Watershed Sciences and looking for a research project to sink his teeth into. Sitting in on a meeting between Peter Moyle, John Brennan, Huey Johnson, and his dad, Jacob realized that no one knew exactly how floodplains actually worked or how salmon used them.

“I’m in a room with my dad and two of my idols who are trying to do something that has never been done. I jumped at the chance to play a part in it,” said Jacob.

Jacob took on the seemingly crazy idea of rearing young salmon in flooded rice fields during the winter months as his PHD.  They called it The Nigiri Project, after the popular Japanese sushi dish that features a piece of fish over rice.

“That first experiment showed that juvenile salmon who fed in the flooded rice fields grew many times faster than their counterparts in the river,” said Jacob, now lead scientist with California Trout. “In the years since, we have expanded the work to floodplain sites throughout the Central Valley.”

He and David no longer fish as much as they’d like. But they know it is for a good cause.

These days they travel up and down California, working with landowners, water agencies, conservation groups and government agencies on ways to reintegrate floodplain productivity into the way farms and rivers are managed in California. 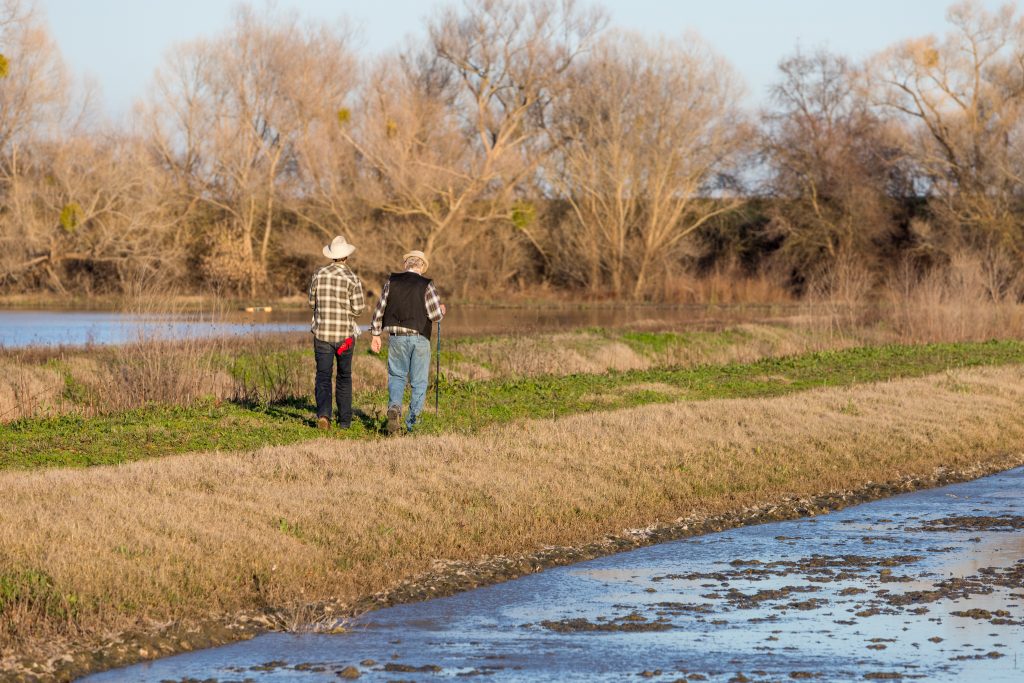 “We really enjoy this opportunity to spend time together and to be working toward a larger goal of protecting salmon in our home state,” said Jacob.

The father and son advocate for what they call a multiple benefit model of floodplain management, which improves flood protection for cities and farmland, sustains working farms and ranches, and provides food and habitat for fish and wildlife. While great strides have been made, the father and son team know there is still plenty of work to do.

“It is the greatest thrill to showcase this model together,” added David. “We now have hard data to demonstrate that this process works, and that we can boost fish populations if we get enough landowners and water managers to collaborate.”

“This model has global implications,” added Jacob. “By integrating a working knowledge of natural process into the management of natural resources like rivers and farm land, we are demonstrating that it is possible to balance the needs of people and wildlife, even in the middle of one of the world’s most productive agricultural landscapes.” 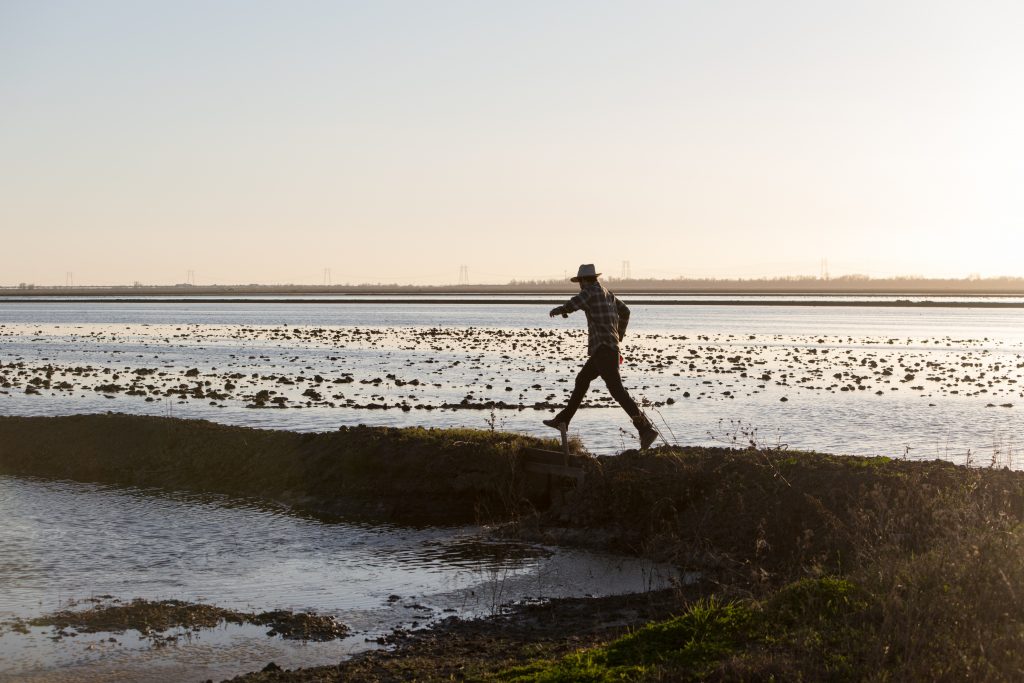 Back home in the Sacramento Valley, the Katzes hope future generations will have the same opportunities to go fishing like they did. It may seem like a small part in the grand scheme of things, but who knows? One of those fish-loving kids just might grow up to help save a species on the brink of extinction.